Facebook found itself in hot water yet again earlier this month. This time they’re facing claims that the platform amplifies hate, misinformation and political unrest – all proven by Facebook’s own research. For Curiosity’s media and strategy specialists, this is no surprise – but it does raise questions about the future of the platform and its role in brand marketing. Beyond the advertising implications, there are also larger societal issues at play. For example, what’s good for the public might not be what’s best for a brand’s media plan. See what our team had to say about the recent bombshell below.

‍First off, what was your initial reaction to the 60 Minutes episode and the subsequent media reaction? ‍

Anna Wilhelm (AW), Director of Strategy: I was not surprised by anything Frances Haugen said. It’s not a well-kept secret that Facebook prioritizes its own interests over people, so her statements confirmed what I expected.

‍Elizabeth Elmer (EE), Social Media Strategist: I was also not at all surprised, and I was kind of shocked that everybody seemed so taken aback. However, I was a little surprised to see that people thought this was a Facebook-specific problem. While many marketers and the general public know that Facebook has its issues, this problem is not isolated to a single platform.

AW: It is, on the whole, a business model issue that affects multiple social platforms.

‍EE: Yes, it’s a much bigger issue than just Facebook alone. One good thing that came out of Facebook’s whistleblower is that it draws attention to the issues with engagement-based algorithms. She's done a great job of explaining how engagement-based algorithms make decisions about what you get to see and how you no longer have control over what’s in your feed. Facebook chooses content that’s most likely to engage you based on an algorithm.‍

‍
‍AW: I don't think people would openly admit that. But it is human nature to want to feel known, seen and less alone. And the algorithms are designed to make you feel that way. There are people out there like you. People are thinking the same things, doing the same things and pursuing the same things. So you're focusing on the world as it exists through a little screen. It’s the content that confirms we’re not alone instead of the presence of people. But that's why it works – they've hacked human nature by playing on an innate human desire.

EE: I think that brings up a good point – connection was the innate singular goal of all of these platforms. But now ad revenue is the thing that fuels these connection-based platforms. What’s worse: Most people are looking for content that agrees with their point of view. My favorite analogy that the Facebook whistleblower brought up in terms of why government regulation of the algorithm needs to happen is fast food. She used the comparison of the french fry. Facebook is constantly feeding us french fries and we know that they're not healthy for us. We know that it's not good for us, but it's a great product. It is a perfectly designed food for us to want to eat, so it does make sense that somebody needs to step in and say, “Hey, you need something other than that.” ‍

What does organic social look like as we help our clients wield their power and responsibility in balance?

‍
‍KPR: For organic content specifically, think about what you can be doing outside the post. Instead of thinking about what your feed looks like, think about what your brand looks like and reflect it in your feed. When you're talking about your overall marketing mix, you need to be thinking beyond digital. I think a lot of marketers push their six-second and 15-second spots onto five digital channels and think, "That's it – that's the campaign." But there's so much opportunity to create bigger activations. I'm talking experiential, sponsorships, and 1:1 interactions. Beyond the screen. And, if you are thinking about the screen, what can you do to create something that doesn't already exist? Where are the opportunities? Where's the white space? What can you do to solve consumer issues right now and be a creative solution for folks who don't already rely on these existing spaces? That's a big opportunity for a lot of marketers right now.

EE: It's very difficult for a business to grow organically on a platform like Facebook or Instagram. But I like the idea of increasing engagement with your organic presence by going outside of these platforms, because  – let’s be honest – they're not doing the work that they used to do for you. If you want your brand to get noticed, creating sharable content is the smarter way to go.

KPR: One thing we talk about a lot is not holding every post so precious. I like to think that the point of having a presence on social is to be social. There’s a balance between having real-time, meaningful conversations and also not putting your foot in your mouth. After all, what’s put on the internet is permanent. If you think about having a conversation in real life, you don’t have to hang on to every single word or spend months thinking about what you’re going to say to a customer who walks into your store. You just need to have a natural conversation. That was the original goal of social media – to have a conversation. I also think that puts a lot of responsibility on community managers. They're a huge part of all of this – right? The role of a community manager is so vital in fostering quality engagement for a brand. Whether it's asking questions, facilitating conversation between two consumers, or proactively responding to people who are looking for answers – effective community management is a big opportunity for brands to have constructive communication with their customers.

AW: We also have to remember that it’s possible to maintain truth while demonstrating grace and being emotionally generous with people who think differently than you. And that's why I love the community manager point you brought up because it’s all about engaging with customers. As a strategist, I'm not trying to keep people awake until they buy my client’s product. I think we can do great marketing and advertising while maintaining the consumers’ consent and freedom of choice. Our research on refining a brand’s organic social tone of voice is exactly that. We are exploring how individuals speak with people, a two-way conversation versus how they talk at people when posting on social media.‍

What are your final thoughts?

AW: The only source of hope is changing user behavior and desire. Get people to want something different – or new versions of Facebook will keep popping up.

EE: Government intervention! Big tobacco sat on info that cigarettes were terrible for human health for a long time and then the government stepped in. So there’s a way for users to still engage in things while letting them know it’s not good for them. The other solution is forcing transparency – allowing privacy and changing the algorithm to not prioritize engagement.

KPR: There’s always going to be a place on the internet for people who want to hear and see what they want to. The question is if an advertiser wants to be there. 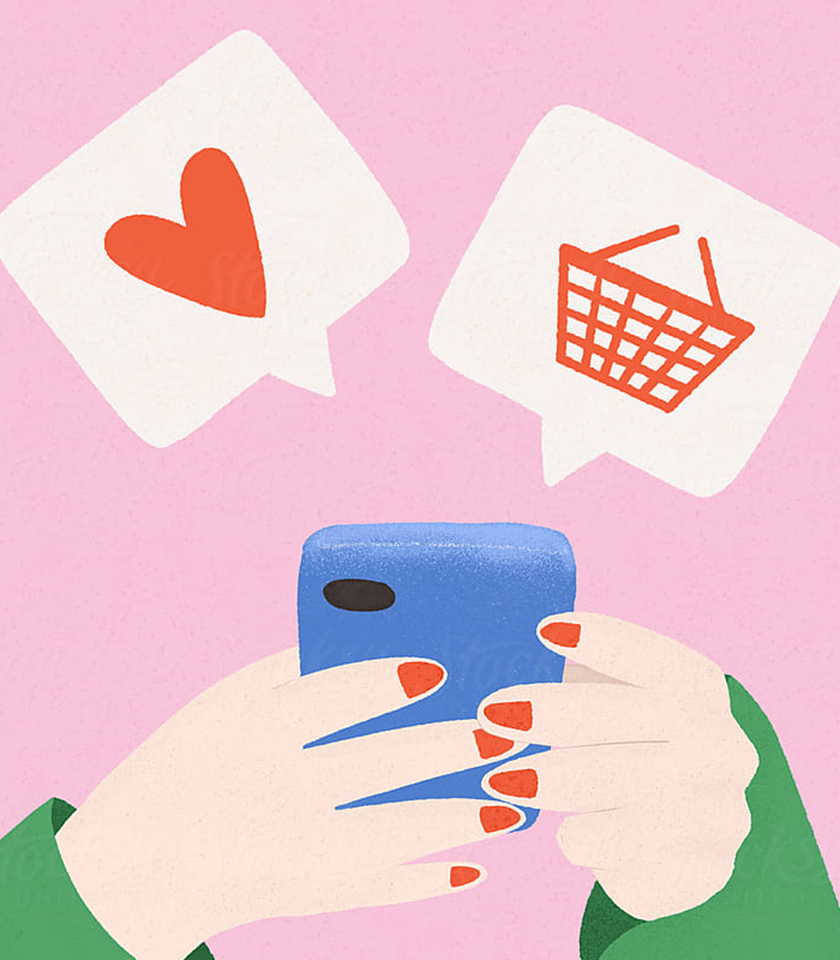 The future of influencer marketing in 2022 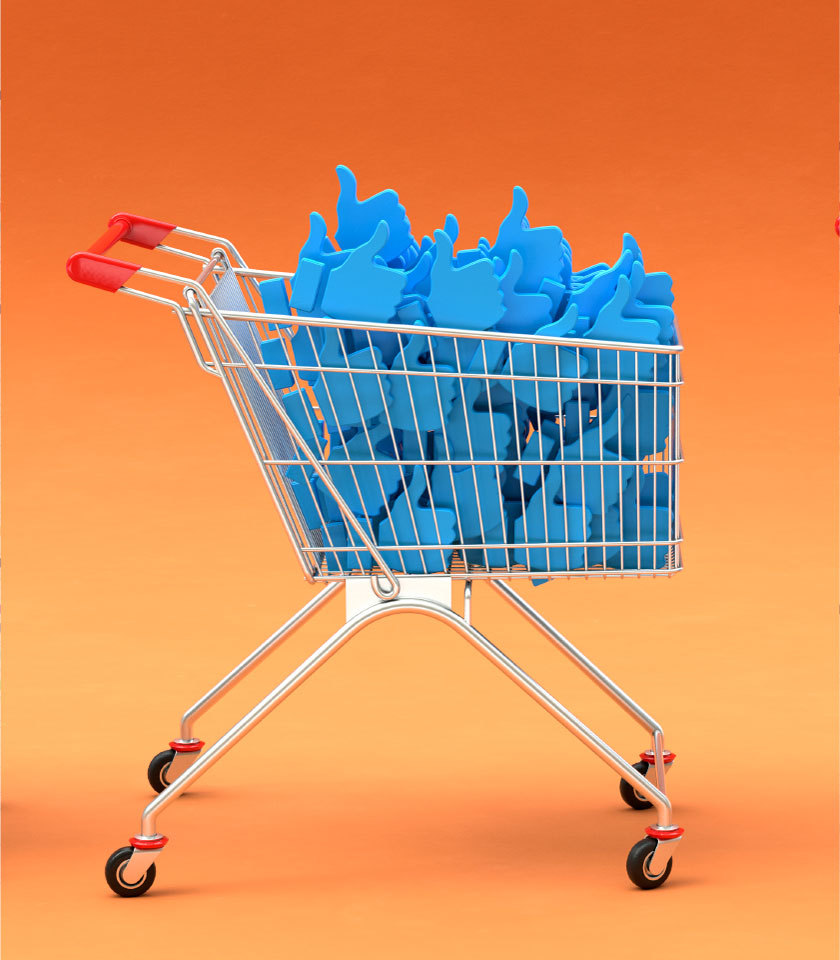 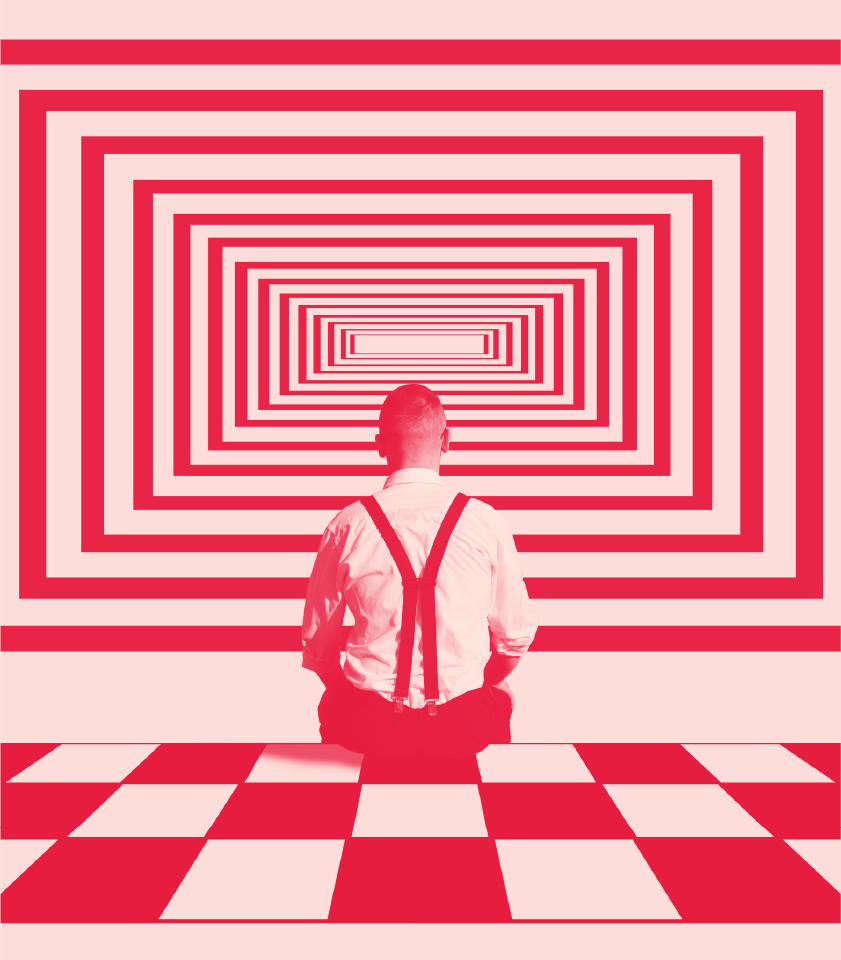 You're in. No secret handshake required.
Also don't forget to follow along on social: